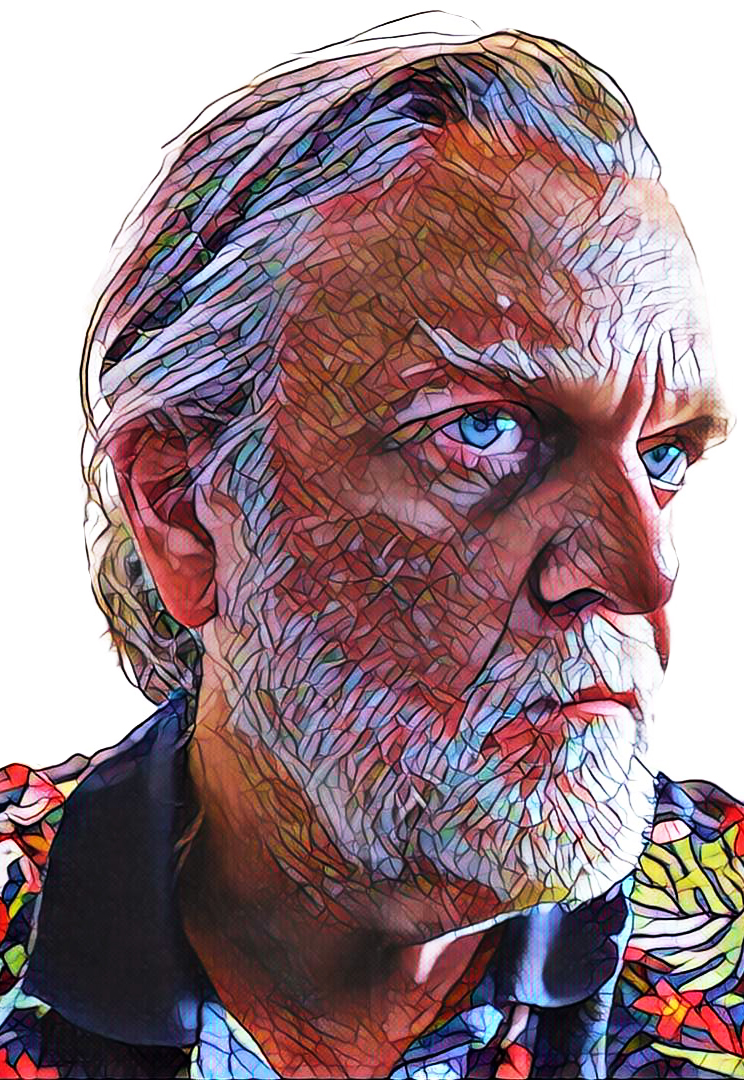 Thierry Van Roy is a multi-faceted artist (see all his oblique universes, and his musical, sonic, visual creations here). He has been travelling around the world for the last thirty years for his multicultural creative projects, experimenting his concept of Collective Artelligence. In his artistic approach, he seeks at any price to decompartmentalize, crossfertilize artistic disciplines, by catalyzing creativity.

He has namely produced/arranged two CDs on Realworld Records (Peter Gabriel), and various other world music albums. He is the inventor of the “music—fiction” concept,  based on an alternate history, by creating musics that could have existed if the course of history had evolved differently. (see : The Black Slavics). He has created various kinds of imaginary objects related to its uchonic writings. His last opus from journeys in Siberia and Mexico are “Taiga Maya” featuring Melanie Gabriel (Naive, France) and “Sibérie Noire” (Maelström publishing). He is actually busy on a writing/photography project about United Arab Emirates. Thierry Van Roy has also directed many radio documentaries about musical traditions from all over the world. He is currently finalizing a novel “La main lisse” and a radio drama.

Thierry Van Roy is a member of the board of the International Yehudi Menuhin Foundation (IYMF). He has developped and experimented his artelligence concept in the frame of two Europeans projects of the IYMF (“Moving voices” & “sharing all voices”).

The pictograms used in this website are from Dongba & Naxi chinese ancient languages.